As a family-owned company spanning three generations, Daley's Superior Asphalt Paving in West Texas continues to operate with over 30 years of experience with putting customers first. Today, the team is led by brothers and corporate officers. James and Pat Daley, who continue to oversee the operations and growth of a locally owned Texas asphalt business operating since 1963.

First incorporated as Daley's Superior Asphalt Paving by Professionals, the family foundation of our business continues to lead the asphalt and paving business from our northeast Lubbock asphalt plant throughout the West Texas and New Mexico regions. Among our valued employees who have helped build this company is Phil Huval, who signed on as a plant manager and has manufactured asphalt materials throughout Texas since 1978. From the batching plant in Lubbock, Huval worked with contractors and clients in the region to provide them the best asphalt products available. These contractors build your driveways, school parking lots and county roads, among many other applications. After nearly 40 years in the business, Huval has traded his steel-toed boots for travel and fishing. The company is thankful to have Huval as a part of our family and to be followed by Michael Cork, whom he trained to follow in his shoes.

Having a core and dedicated staff means we provide only top-of-the-line asphalt and paving to Texas while sharing the top guidance and advice regarding everything asphalt to our clients. From projects on residential driveways and streets to working with the Army Corps of Engineers or transportation departments, our team at Daley's Superior Asphalt Paving prides ourselves on providing the best possible services for our clients, time and time again. This dedication is seen from Midland to Odessa and from Pecos to Monahans and beyond West Texas.

YOUR SOURCE OF QUALITY PAVING SERVICES IN WEST TEXAS

Daley's Superior Asphalt Paving was incorporated in 2013. The manufacturing portion refers to our corporate division responsible for the production of quality paving products, an expansion beyond our corporate paving division providing a reliable source of products beyond our own use and into the hands of capable area contractors.

Beyond driveways and parking lots, our dedication is to quality service, quality customer relationships and quality products throughout Texas and Eastern New Mexico. These long-lasting relationships with customers mean relationships with our neighbors. Whether it’s supplying hot mix asphalt to contractors or working projects involving crack sealing or resurfacing, paving means contributing to the infrastructure of the community and the people in the community who rely on that infrastructure every day.

PROACTIVE SERVICE FOR ALL PROJECTS

OUR ASPHALT AND PAVING SERVICES

Our proactive service means we honor project estimates and guidelines. We place the same value on projects whether we’re crack sealing a residential driveway in Midland, TX or surfacing a runway. Our dedication and commitment come from years of knowledge within the asphalt and paving world. We pride ourselves on knowing that everyone deserves the best service and the best job, whether you’re a repeat customer from Pecos or a new client in Eastern New Mexico.

This batching plant produces paving products for the corporate paving division as well as dozens of contractors throughout Texas and Eastern New Mexico. The manager is certified by the Texas Heavy Highway division of the Associated General Contractors of Texas and oversees projects throughout the greater South Plains region. These asphalt paving projects and products have gone on to be used by United States government agencies and bodies including the Federal Aviation Administration, Texas Department of Transportation, and municipal and county construction projects as well as residential and commercial properties.

Providing asphalt and paving services throughout West Texas means managing projects large and small, from residential asphalt resurfacing and driveway repair in Midland to larger crack sealing or chip fill asphalt repair on commercial properties in Odessa. In addition to our paving and sealcoating services, we also perform various parking lot services as well for our commercial and industrial clients. From parking lot repair and parking lot striping overlay to provide the necessary parking lot stripes, we have the experience and equipment to help. Improve both the curb appeal and value of your property with help from our commercial paving contractor today.
Also operate one of the largest asphalt batching plants from Dallas, TX to Denver, CO. As a local asphalt manufacturer open to the public, we're proud to feature both Type C paving mix, and Type D paving mix for contractors and DIY projects in the community. Most of our paving services begin at this plant where countless tons of recycled asphalt mixes and asphalt-related products are produced.

Some of the services we provide using our asphalt product:

Working with the team at Daley's Superior Asphalt Paving means receiving our professional and accurate approach and years of industry experience with every project. We treat our neighbors how we like to be treated by providing quality products and asphalt paving services throughout the West Texas region. Asphalt is our life and has been our Texas family’s livelihood for generations. Being a family-owned and -operated paving company means we are beholden to our contractors, our employees and our customers to get the job done right the first time and make it last for future generations. Also,take pride in being the go-to commercial and residential paving supplier for the Lubbock, Plainview, San Angelo, Midland, Pecos, Odessa, Amarillo, and Abilene, TX areas. Contact us today to receive a free quote or to discuss your paving project!

“Thank you and your crew for the new driveway. It looks great and I believe it will drain well and last for many years. Your crew was prompt and very courteous. They were professional, everyone had a job to do and they did it well. I am proud of my new driveway. The pricing was competitive and fair and I cannot say enough how pleased we are. I appreciate you and your company, especially in today’s mindset of getting the job done, getting paid and getting out. You truly do want a satisfied client and I want you to know that I am satisfied, I am well pleased with you and your work – I will put out a good word and will definitely recommend you to friends and neighbors.”

“Thank you and your crew for the new driveway. It looks great and I believe it will drain well and last for many years. Your crew was prompt and very courteous. They were professional, everyone had a job to do and they did it well. I am proud of my new driveway. The pricing was competitive and fair and I cannot say enough how pleased we are. I appreciate you and your company, especially in today’s mindset of getting the job done, getting paid and getting out. You truly do want a satisfied client and I want you to know that I am satisfied, I am well pleased with you and your work – I will put out a good word and will definitely recommend you to friends and neighbors.”

“I have a 12,000 square ft. driveway, it was put in about four years ago. When the job was finished, we realized we did not get what we paid for. I called the company numerous times and never got anywhere. I later found out the company was based out of Georgia, even though they gave us a card with a Hobbs, NM address and phone number. I contacted the Daley’s for help. They showed me that I had not received the thickness of paving I had originally paid for. The Daley’s came and put another two and a half inches of pavement on top of the existing pavement. The Daley’s did what we paid for, the first time! We are very happy with the job they did at my home and shop. The salesman was James Daley. He knows his stuff and was very professional and made sure the job was done right, the first time! His crew took pride in how things looked and turned out. If something wasn’t right, they made it right.” 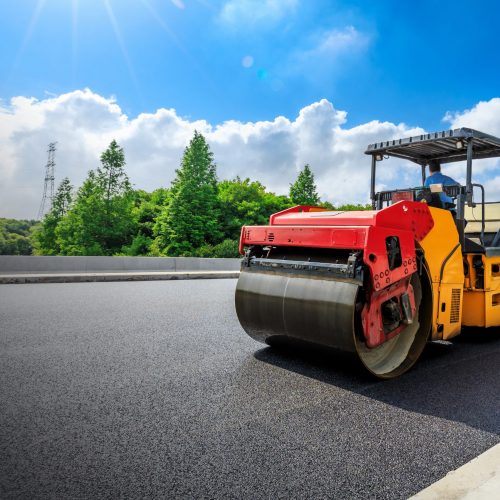